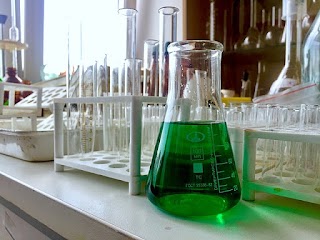 Chemistry Comment
"Chemical compound with formula" is written about the common name and formula of chemical compounds. If you analyse previous years' question papers of Railway Group - D, Railway NTPC, SSC or Other State Government Exams you will find that in General Study (GS) Section questions Related to Chemical Compound asked many time like :-----

1) What is the Chemical formula of Bleaching Powder ?

2)Which Chemical Compound is known as Dry Ice ?

3) What is the Chemical formula of Blue Vitriol ? etc. 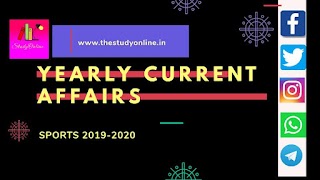 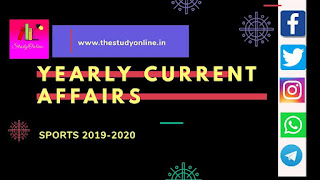 "Sports Affairs 2020" give you detail static and current information regarding various sports award and affairs in worldwide that will be helpfull in different government competitive exam. 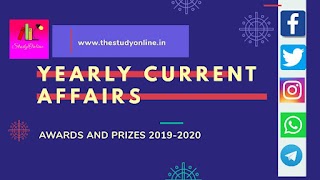 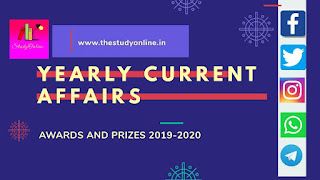 "Awards and Honour 2020 current Affairs" give you detail static and current information regarding various awards and their respective field in worldwide. It will also help you in different government competitive exam.

A General overview on cell unit of life

In This Article, " Cell Unit of Life" you will read about the important facts of cell Biology. This Article will help for the the students who are preparing for NEET or any other Competitive exams.

What is cell ? Why it considered as " Cell Unit Of Life".

The cell is the basic unit of living body in which matter and energy are acquired, converted, stored, utilized and also in which biological information is stored, manipulated and expressed.
cell is capable of performing various functions necessary to maintain our  life so it is considered as cell unit of life or basic unit of life.

cell was first discovered by Robert Hooke in 1665. He constructed a well developed compound microscope and observed some honeycomb like structurer in the  section of cork under microscope and gave their name as a cell ( Hollow Chamber). He actually discovered a dead cell wall.

Why cell is the structural unit of life ?

All living beings Made up of cells. We can compare cells to the bricks which are assembled to make building , in same way cells are also assembled to make the body of every organism. That's why  Cells are called "Building Block of life".
All Physiological, Biological, Genetic, etc activity is done by the cells. That's why Cell is called functional and structural unit of life.

Some Important Facts about Cell Biology -

Cell Theory is one of the most Important generalisations of biology. It was put forward by Matthias Schlelden (German botanist) in 1838 and Theodore Schwann (British zoologist).
Modern cell theory described as follows:-

In 1932 Max Knoll and Ernst Ruska invented first electron microscope and make it possible to observe and understand the complex structure of the cell.
Cell is consist of three parts -

The cell is enclosed by a thin membrane called the cell membrane or Plasma membrane. It is composed of protein and phospholipid molecules in animal cell. Its major function is to maintain shape of the cell by providing support to it.
It is selectively permeable in nature. The cytoplasm and nucleus are enclosed within the cell membrane. All living organism have cell membranes as their outer covering except viruses which are devoid of cell membrane.

Cell wall is a rigid, flexible covering of the cell which is located outside the cell membrane and provides shapes and structural support to the cells.
Cell walls are found in plants, fungi, bacteria and algae.
Plant cells is made up of cellulose, a non-living substance. Algae's cell wall is made up of glycoprotein and polysaccharides.
Cotton, jute and coconut fibres are the cell wall of their dead cells.

All the part together inside the plasma membrane excluding nucleus is known as cytoplasm. All metabolic activity occur in it.
each cell has certain specific components within it, known as cell organelles. Various cell organelles perform special function.
These cell organelles are described below in detail

Endoplasmic Reticulum forms the skeletal framework of the cell . It was discovered by KR Porter and Albert Claude in 1945. They are the irregular network of tubular double membrane.
There are two type of ER i.e smooth ER (No Ribosomes attached) and Rough ER (Ribosomes attached). Ribosomes present on the rough ER synthesized protein, Hormones. Smooth ER synthesizes lipids, glycogen, cholesterol, etc.

It was discovered by Richard Altman in 1880 and the term mitochondria was coined by Carl Benda. It has various shapes but usually elliptical (like sausage)  and bounded by two membrane, outer one is porus and smooth and inner one has deeply folded finger shaped matrix called tubuli or cristae.
Mitochondria has their own DNA and ribosomes. It supply energy from pyruvic acid produced in cytoplasm in the form of ATP and also called as Powerhouse of the cell.

It was first discovered by camillo Golgi in 1898 in the nerve cell of barn owl and cat.
It is stacks of flattened membrane sacs. Each stacked grouping has a membrane that separates it inside from the cell cytoplasm.
It main function is to carry out the processing of proteins generated in Endoplasmic Reticulum.
It helps in the transportation of lipids around the cell,  synthesis and secretion of enzyme, hormones, etc.
At the end of mitosis cell division, cell wall is formed from the Golgi bodies.

These are granular structures first observed under the electron microscopes as dense particles by Claude in 1943. George Palade in 1955 first named them as Ribosomes.
These are basically composed of RNA and Proteins. It is the smallest cell organelle. Ribosomes are of two basic types, the eukaryotic ribosomes are 80 S type while prokaryotic are 70 S type.
It major function is to synthesise proteins in the cell, due to which it also known as factory of Protein in the Cell.

Van Beneden in 1887 discovered the centrosomes but T. Boveri in 1888 described and named it.
It is an organelle usually containing two cylindrical structures, called centrioles. It is mainly found in animal cells and regulates cell division. It form spindle fibres with the help of aster during cell division.

Plastids was introduced by E. Hackel in 1886. It is round, ovoid or rod like double-membrane organelle found in the cell of plant and algae. It has numerous membrane layers embedded in a part called stroma. Like Mitochondria plastids also have their own DNA and Ribosomes.
Based on the type of pigment content and colour, plastid can be classified into the following three types -

In the cytoplasm of the plant cell chlorophyll containing Greenish plastids which take part in photosynthesis are known as chloroplast.

Plastids without pigments, occurs near the nucleus, in non-green cell like roots, underground stems, etc.
It store the food material as carbohydrate. lipid and protein are called leucoplast.

It is a membrane bound organelle present in all plants, fungal cells, some protists, animals and bacterial cells. vacuoles has no basic shape and size, its structure varies according to the needs of the cell. It is generally large in plants to provide turgidity and rigidity to its cell but are less in number and smaller in size in animals.
It stores water, food, pigment and waste product.

These are certain small particles, crystal in the cytoplasm.
Starch (in plant cell), Glycogen( in animal cell) and fat containing granules serves as food for the cell.

Lysosomes were discovered by De Duve in 1955. Lysosomes are spherical, vacuolar structure, bounded by a single unit lipoprotein membrane.
It is also known as “Suicidal bags” of the cell, due to presence of powerful hydrolytic enzymes which are able to digest every organic substance in the cell.
It destroy foreign substance in body defence system. Intracellular and extracellular digestion is performed by lysosomes.
It help in disposing useless cell and replace them with new cell.
Its PH value is 5

Nucleus was discovered by Robert Brown in 1831. It contain the genetic material DNA in chromosomes. It is spherical or elliptical in shapes and is located in the centre of the cell.
It act as major controlling centre of the cell and also called as brain of the cell.
The Nucleus consists of the following structures -

It is a slightly acidic fluid present in the space between the nuclear membrane and nucleolus, also known as karyoplasm or nuclear sap.
It contains certain thread-like elongated structure known as chromosomes and the chemical substances, like dissolved phosphorus, ribose sugars, proteins, nucleotides, nucleic acids and different enzyme.

Each cell has one or more round shaped nucleoli inside nucleus surrounded by nucleoplasma.
It produces ribosomes, participate in protein synthesis.
The main function of nucleolus is to synthesise rRNA and to store genetic information in its DNA.

Chromosomes carry the genetic character, made of chromatin, which is composed of hereditary units called genes.
It is made up of DNA thereds.

On the basis of structure, cells are of two basic type -

Eukaryotic cells are cells that contain a nucleus and organelles, and are enclosed by a plasma membrane.
Organisms that have eukaryotic cells include protozoa, fungi, plants and animals

This post "Cell Unit Of Life" is for the students who are preparing Competitive exeams in India and i think this post will be very helpfull in any comptative exams likes NEET, UPSC, PSC, SSC and RRB (RAILWAYS). 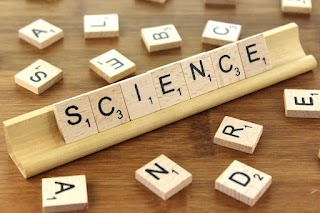 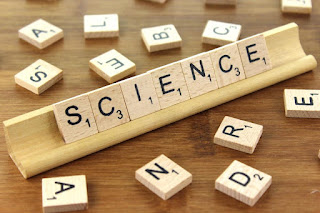 In the previous examination conducted by Railway, SSC, PSC, other Government exam you have noticed that 'how much science is an important subject'. For the upcoming exams 'StudyOnline' brings regular post for crack the upcoming exams. Today we will learnt about the Different Branches of Science  and their concerning field so let's start