Cell Unit Of Life, Notes For SSC And Railway Exams 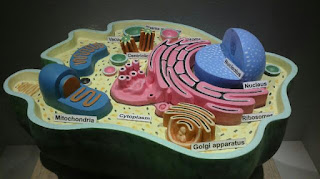 In this Post we will learn Biology notes on "Cell Unit Of Life" for upcoming Railway and SSC Exams. It will be very helpfull for the comptative Exams.

Why we consider "Cell the Unit Of Life" ?

All living beings Made up of cells. Cells are called "Building Blocks Of Body". All Physiological, Biological, Genetic, etc activity is done by the cells. That's why Cell is called as the "functional and structural unit of life". We can also say that Cell is the Basic Unit of Life.

Cell Theory is one of the most Important generalisations of biology. It was put forward by Matthias Schlelden (German botanist) in 1838 and Theodore Schwann (British zoologist).
Cell theory as described today is as follows:-

Cell is consist of three part :-

the cell is enclosed by a thin membrane called the cell membrane or Plasma membrane. It is composed of protein and phospholipid molecules in animal cell. It is selectively permeable in nature.

All the part together inside the plasma membrane excluding nucleus is known as cytoplasm. All metabolic activity occur in it.
each cell has certain specific components within it, known as cell organelles. Various cell organelles perform special function.

These cell organelles are described below in detail

It is a major organelle found in the cell of plant and algae.
Based on the type of pigment present , plastid can be classified into the following three types:-

Greenish plastid due to the presence of Chlorophyll and carotenoid, takes part in photosynthesis.

Yellow or reddish in colour due to presence of carotenoid pigment, found in coloured part like flowers, fruits, etc.

Colourless, occurs near the nucleus, in non-green cell like roots, underground stems, etc.

They stores starch, fat and protein.

Plant cell have large vacuoles, while the animal cells have fewer and small vacuoles.

These are certain small particles, crystal in the cytoplasm.

Starch (in plant cell), Glycogen( in animal cell) and fat containing granules serves as food for the cell.

Nucleus was discovered by Robert Brown in 1831. It is an important component of the living cell. It is generally spherical or elliptical in shapes and is located in the centre of the cell.


Chromosomes carry the genetic character, made of chromatin, which is composed of hereditary units called genes.

It is made up of DNA thereds.


On the basis of structure, cells are of two basic type -

Bacteria and archaea are prokaryotes. 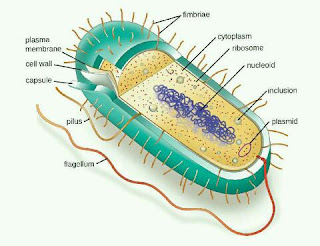 
Eukaryotic cells are cells that contain a nucleus and organelles, and are enclosed by a plasma membrane. 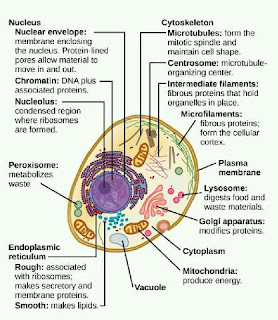 Organisms that have eukaryotic cells include protozoa, fungi, plants and animals

These are the common differences between Prokaryotic and Eukaryotic cells.

This post "Cell Unit Of Life" is for the students who preparing government Jobs in India and i think this post will help you very much in any comptative exams likes SSC and RRB (RAILWAYS).